Your Gift Will Help Send Kids to Camp! If you want to participate in the 2018 5K, click here. 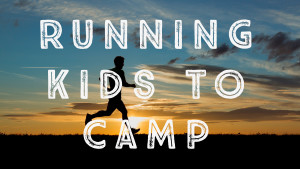 I was running the other day and an image popped into my head. The image was of a dad running his kids to camp. They were on his back and he was literally running them to camp. I felt like I knew this fictional dad; his entire backstory. I knew that he and his wife worked very hard to provide for their kids yet struggled to make ends meet. I knew that the growth and happiness of their kids was the highest priority to him. It was clear that this dad was motivated. He was willing to do whatever it took to get his kids up here for a week at Summer Camp.

The image didn’t pop into my head out of nowhere. I decided to start running up here a few months ago. I was inspired by a few friends and family members that ran the Twin Cities marathon last October. I was playing around with the idea of running a marathon this summer. But I knew that I wanted to run for a reason. As I prayed about a cause that I could run for, the only thing that struck a real chord was camp scholarships. 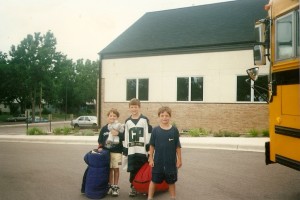 “I knew that I wanted to run for a reason. As I prayed about a cause that I could run for, the only thing that struck a real chord was camp scholarships.”

When I was 7 years old, my two brothers and I boarded a school bus to camp. My mom had packed our stuff. I had packed my stuffed elephant (pictured right). That was the first of many weeks I would spend at camp. The next summer, I committed to being a follower of Jesus. A few years later I made my first video during skill time. Later, I developed a genuine love for God’s word. In my High School years I learned the value of open and real conversations. On summer staff, I felt God calling me into full-time ministry.

“Camp changed my life… None of it would have been possible without camp scholarships.”

Camp changed my life; in huge spiritual ways that shaped my whole worldview, and in smaller ways like watching a counselor play drums and wanting to learn. None of it would have been possible without camp scholarships. Sending 3 kids to camp would not have been possible for my family without the generosity of scholarship donors. The dad from my image is fictional. But I know there are many parents out there who would literally run their kids to camp because they believe in the power of this place. There are parents who want to invest in the spiritual development of their children. There are parents who are doing whatever it takes to get them here. 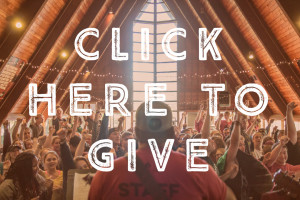 “I imagine that every step I take out on a run is literally bringing a kid one step closer to camp.”

So I’ve decided to run the Minneapolis Marathon and raise scholarship funds throughout my training. When I’m not motivated to run or it’s difficult and I want to quit, I imagine that dad. I imagine that every step I take out on a run is literally bringing a kid one step closer to camp. Will you give to this cause today? Will you help those parents who want nothing more than to give their kids a one-of-a-kind experience with their Creator? I ask you to prayerfully consider giving towards this marathon. Your gift will change lives.