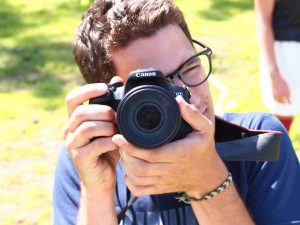 Tate Randall has been involved with Covenant Pines Ministries for many years. In 1997, he boarded the bus at Crosstown Covenant Church with his two brothers for his first trip to camp. Tate came back almost every summer and attended several Fall & Winter Retreats. In 2009, he joined the CPBC summer staff as counselor. For the next 6 summers he continued to serve in a variety of roles including Audio Visual Tech. In that role, he gained skills in photography, video production, and social media.

After graduating, Tate was hired to be on the CPBC Ministry Staff team and then was brought on as the CPBC Marketing Director the next year. In 2015 the role expanded to encompass all of Covenant Pines Ministries and 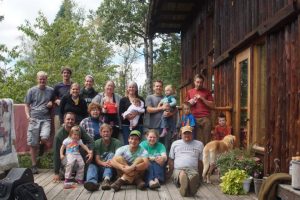 Tate was eventually relocated to the Twin Cities. In his time with CPM Tate has: evolved the ministry’s branding, created new relationships with churches, developed our new website, taken thousands of photos, edited hours of video,  interviewed dozens of campers, put on the Egg Man costume a few times, and led an 80s-themed aerobics class for Women’s Retreat. Ultimately, Tate has helped us tell the story of God’s work through our camps.

Tate’s original calling was the classroom. He graduated from the University of Wisconsin – La Crosse with a degree in Social Studies Education. It was toward the end of his college career when he felt God calling him to camping ministry. After 10 summers and 6 retreat seasons, Tate felt a strong tug back to the classroom. He has accepted a position as a 7th & 8th Grade Social Studies Teacher at Hope Academy. We are very sad to see him go, but joyfully celebrate with him as he enters this next chapter. 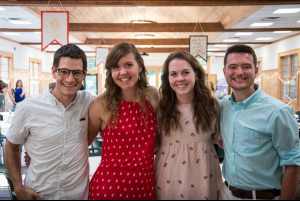 Below are a few words from Tate about his time with Covenant Pines Ministries.

“I love that the mission of Covenant Pines is to ‘encourage campers to take a next step in Christian faith.’ When I reflect on my own journey with Christ and the steps I’ve taken in my faith, it’s kind of ridiculous how many of those steps have taken place at Covenant Pines. In 7th grade, I remember walking out of Chapel reflecting on the lyrics of the song ‘Sanctuary’ and deciding that I wanted those words to be true about my life. On summer staff, I felt an inexpressible freedom when a time of extended prayer compelled me to surrender parts of my life that were holding me back from all that God had for me. 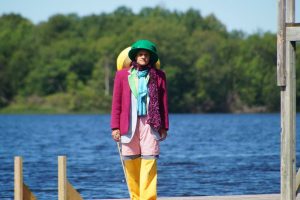 In 2014, I led the Day Camp program and God taught me that servant leadership is not the same as trying to do everything yourself. After the CPM camera drone flew away at AC and I couldn’t find it, God led me right to it after I finally remembered to pray…about 6 hours later.

I would not be the man I am today without the impact of Covenant Pines. I have taken hundred of steps in my faith because of the people who give selflessly and because of the God who gives them the strength to do so. This is not goodbye, this is simply a page turn. I have enjoyed this chapter as a full-time staff member. I look forward to the next chapter as a volunteer, family-camper and whatever else God has in store. I also look forward to what God does through the next Marketing Director. May she or he fully embrace the good works that He has planned for them.”