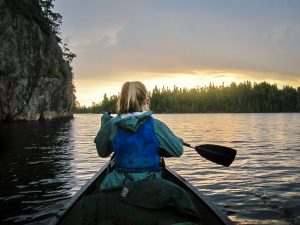 The wisdom of proverbs tells us “above all else guard your heart, for everything you do flows from it.” It has once again been a special summer at Adventurous Christians where lives have been changed through the good news of Jesus Christ. Our theme was “Next Step” where campers, as they went into the wilderness, were invited to reflect on what next step God might be calling them to in their journey of faith. 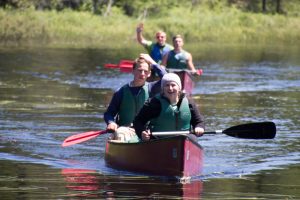 The beauty of God’s unspoiled creation, intimate community, God’s Word, solitude, and the absence of technology is the setting in which this invitation was made. As people returned from being on the trail, so many had experienced God in new and fresh ways. One of my favorite times this summer was when the groups returned to camp. After they had cleaned their gear at the drying field, taken a sauna and washed days of BWCA from their bodies they ended up in the lodge sitting around a fire with a hot drink in their hand. It’s here the stories began to pour out. One girl in particular stands out to me because her story was about rediscovering her faith after a season of doubt. That is just one of many Next Steps that were taken this summer. Each next step was as varied as doing devotions, repairing a relationship, leaving perfectionism behind, going to church, praying, limiting screen time etc. In each of the hundreds of next steps that were made, was a decision to guard a heart against things that don’t lead to life. For each decision that was made at camp this summer I am grateful to the God that we serve, and for your partnership in the work of camp.